America's Got Talent (What's YOURS?)

So, no surprise that America's Got Talent is a huge TV hit with no signs of slowing down;17 years and still going strong. The show comes with plenty of opinions/input from the audience. For one, some viewers say they have had enough of the sob stories that the contestants present. Or, I should say, that the show's producers push forward. I don't watch often, but the bit I have has held my attention for a while. Looks to me like Simon Cowell has reinvented himself from his judging days on American Idol where he came off as undeniably mean spirited to the point where some of those auditioning were ridiculed and made fun of; some balling their eyes out or throwing a temper tantrum.  On AGT, Simon shows a softer side to his judging and can often be quite the positive cheer leader, clapping his hands and smiling. He should be smiling. As the creator of the "Got Talent" franchise worldwide, his salary is a staggering 95 million dollars. What's he doing with all that money? None of my dang business I suppose. I'm sure, like a lot of the mega wealthy, there were many early failures for him. I'm not going to give him a "cyber standing ovation," but I will say, "Job well done sir." I do like his candor. He's spoken often about his excessive cosmetic surgeries which seem to have gone off the rails and set his fans in a tizzy. I hadn't seen him on TV for some time, but when I DID tune in, it was like "What happened to his face?" Fans expressed concern over his odd appearance. He said he went overboard, but indicated he's going to chill on all the surgical shenanigans. I've often wondered with some of these superstar personalities with all their money, why can't they find an excellent surgeon to do a great job? I'm sure some do. But then there's folks like Michael Jackson, Kenny Rogers, and Joan Rivers, to name a few, who just didn't know when to say "no" or "stop." I use to play tons of Kenny Rogers' music on my radio shows, loved the guy, was sad when he passed, and he looked fine with a few extra facial wrinkles as he aged. Then came the surgery. I remember he said he was really upset over his appearance after his face lift, but it was irreversible. Too bad.

Here's a fun fact for you AGT fans. This comes from the America's Got Talent auditioning website...

"Each act member and parent guardian, as applicable will receive $25 for each night that you are booked in the production hotel. This money is provided for additional meals or expenses outside of the audition at the theater. You will be given your per diem when you check in at the theater the day of your audition."

Anyway, back to the question in the subject line of this post, "America's Got Talent. What's Yours?" I would imagine almost everyone has a unique talent of some kind. Not necessarily one that you'd take on stage on national TV, but a talent nonetheless. And it probably doesn't have all the teary-eyed back stories that you see on AGT. I play no musical instruments, can't sing, forget dancing (I'm embarrassed to dance at a wedding; I look like a wounded duck), can't change a tire ( just ask my brother Chris who came to my rescue in a very cold Ohio winter), or pound a nail straight... and that's just for starters. I WAS a pretty good junior golfer way back, but haven't played in several years. I DO have one  unusual talent.  Since I was a kid, I've been able to wiggle my eye balls back and forth real fast like they're being shocked with electricity. I think I showed it to our long deceased family dog,Tuffy, who was totally unimpressed, burped, then ran back to his sleeping cushion, after letting out a series of yawns. No applause from him. Definitely not AGT worthy.

I went to grade school with a neighborhood kid who made it on the old "Gong Show" with Chuck Barris. For those not in the know, it was a wacky, off-the-wall game show where people came out and displayed their "talents," no matter how crazy.  Most made fools out of themselves. They had a number of out of work, D-List celebrities on the panel judging the farcical "competition." The kid I went to school with came out in campy drag, tried to sing a tune, sounded like a dying rooster, and was immediately gonged. I saw him days later on our school bus, but didn't bring it up."If you can't say something nice...".  He often tried to bully me on the bus. Karma's a good thing, isn't it?

Whatever your unique talent is, may you show it off happily and surprise the world. There's only one you, right? 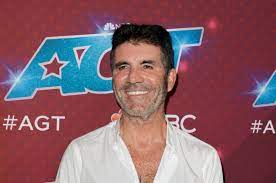 Posted by John Miles at 7:05 AM No comments:

I totally enjoy getting out of bed early and getting at the day. I was raised in a small country house in Ohio with one bathroom. I have quite a few siblings (8) and mornings were very hectic. There was no such thing as "sleeping in." My Dad, who was a fantastic drywall and  plaster man, made sure that we got our outside chores done...raking the apple orchard, cleaning the barn stalls where we kept a few horses, weeding the garden, and so on. And yes, he made a list of chores in the morning before he left for work and would check to see how well we had done when he came home. He was a taskmaster for sure, and as a young boy, I sometimes resented it. Later in life, I came to realize it was a good thing as I was held accountable. My Dad's motto was the familiar refrain, "If you're gonna do something, do it right, or don't do it at all."

I learned to enjoy waking up early and starting my day. That motivation has stuck with me. As mentioned in another post on this blog, Dad and I would often play early Sunday morning golf. As in, still kind of dark outside and dew on the grass.  My brother and I slept in a bunk bed. I remember Dad coming in early Sunday morning and shaking me and telling me to get up as we were going golfing. It was a special ritual.

And today, as I do voice overs from my home studio, I find mornings to be very special as there is the promise of a new day and the expectation of getting things accomplished. Yesterday is done. Time to focus on the NOW. And early mornings are quiet. Some of my most productive work has occurred at 4 or 5 AM. But don't worry, if you hire me to do a voice over and you want to listen in as I record, we don't have to go with "crack of dawn" times. I realize early mornings aren't for everyone!

Posted by John Miles at 4:23 AM No comments:

"Nobody loves me!" (sniffle...sniffle). Handling rejection in the voice over world

So I was going through my book collection the other evening, and pulled out a book about voice over I bought several years ago. It's called, "Secrets of Voice Over Success" by Joan Baker. And while there are many voice over books on the market, I particularly like this one, as it features some of the top voice over artists in the industry talking about their path from unknown to the A list. Each chapter features a different voice, and the first one, fittingly, is the late movie trailer superstar, Don LaFontaine.

As anyone in this business knows, auditioning is the norm for landing jobs. I was taken by Don's observation about not only auditioning, but rejection. Here's the direct passage.

"No matter how good you may be, you're not going to book every job for which you audition. Sometimes the answer is going to be no. I never let it bother me. I keep in mind that this is a very subjective business. I am certainly not right for every job. As an actor, rejection is the first thing with which you learn to deal. It's not so much rejection as it is a process of elimination. You do it all the time. If you select Burger King over McDonalds, you're not rejecting McDonalds; you simply prefer Burger King. That's the way it is in this business. Don't dwell on it. Move on. Believe me; your career is not over."

This coming from, arguably, the most successful voice over artist of all time. Powerful stuff indeed.

Cool thing is the updated version of the book comes with a CD with demos on it. This is not a book that teaches voice over technique. It's a book with lots of real world advice from the best in the business about how to elevate your career.

The book is a great read.  Here's the link.

Posted by John Miles at 5:50 AM No comments: