Her million dollar voice is SO familiar

If you watch live awards shows you have heard her voice announcing the presenters, guests and such. Her name is Randy Thomas. She began making money with her voice in radio years ago, where women were largely pushed to the side. Men ruled and women played second fiddle. But Randy broke those barriers. If you're a female voice actor, you have Randy to thank, as she kicked in the door for those that followed her.

No doubt, live announcing a huge event like the Oscars with millions watching,would be nerve- racking. But she's got it down; a real pro.

Here's a link to a very brief piece about her I found online speaking from her home studio. 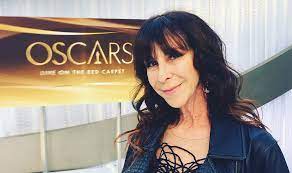