I live in an older neighborhood here in East Bay San Francisco. I like that each house is different, many of them built long before I moved in eight years ago. A retired friend of mine said she was raised in a Victorian just a few doors down from me. The homes have "personality."

I'm told that many years ago, the state of California was going to build a highway through my neighborhood and came in and bought a number of homes that they planned to demolish to make way for the highway. There was such an uproar from residents that the state finally abandoned plans. The homes sat vacant for years, and many were in a state of disrepair. About four years ago or so, California held auctions on my street to sell them on a "as is" basis, and get this, CASH only.  I'd look out my living room window and see cars parked up and down the street, and potential buyers with clipboards in hand ready to place a bid at auction. Now mind you, these houses were going to need a major renovation to get them back to being livable and presentable. But they sold quickly. I'm sure some of the buyers were pro investors looking to flip them for a profit. A lady friend asked one of the new owners what he paid cash for at auction and it was upwards of $500,000 for an abandoned house! The stock market and stock options in the tech world have been VERY good to some folks.

There's a neat, little, family owned convenience store one block over from me, and I sometimes take a break from recording in my studio and walk over there to grab a snack or something to drink. Yesterday, we had a blue ribbon day here in the Bay Area. Super clear skies, just a hint of coolness, no wind, abundant sunshine, and a very comfortable, humidity free, 72 degrees- a perfect Spring day to head over to the store. As I walk along the sidewalk, I'm always impressed with how people keep up their yards and do their gardening.  I have absolutely NO green thumb but can appreciate those that do. As I was coming back from the store, I passed by one of my favorite homes along the way with really beautiful flowers growing in the front and side of the house. They looked exceptional with the brilliant California sunshine. On this day, I saw a lady pruning the flowers. I had never seen anyone gardening there before and it was nice to see a face. Not wanting to keep her from her work pastime, I said a quick hello as I walked by; an elderly lady with a big hat on, gardening gloves, and a friendly smile. I told her I often walk by her home on the way to the store and really admire the flowers she has and the wonderful upkeep. She looked pleased with the compliment and I bid her a good day. As I walked to go back home, I felt glad that I had the opportunity to praise her gardening. And maybe, in some small way, it made her day a bit more enjoyable. As they say, "It's the little things in life." 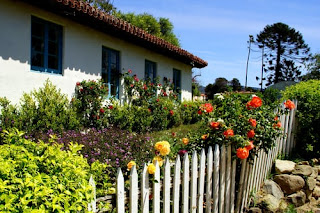 So back during my South Florida on air radio days at WIRK, I found out through a contact (a nice lady friend in the know), that the local FOX TV affiliate was going to be producing a LIVE game show with a male and female host, an in-studio audience, and a play at home TV audience. At that time (mid 80's), a number of TV stations were producing a variation of "Blackout Bingo," with some ratings success, and the general manager of our local FOX station decided he wanted to give it a try. My lady friend who worked there in the promotions department said auditions were going to soon be held for the host and hostess. She had heard me on my midday show on the radio and said she thought I should give it a try. So, I went down on the weekend when they were doing in front of the camera auditions and gave it a shot. There were quite a few guys/gals there that Saturday trying out. It was a very brief audition and involved some ad-libbing, something I was pretty comfortable doing on my radio show. I left that day feeling like I gave a pretty solid audition, and was quite surprised when someone called me and said they wanted me to be the new host. "Me?", I thought. "Are you sure you have the right guy?" I had very limited on camera experience other than a few public TV fundraisers I volunteered to do. The female they hired to be my co-host (Sara Premisler) was a local actress who had impressed the general manager of the TV station with some on stage performances he had seen her do. She wasn't "Vanna" and I wasn't "Pat." Far from it. But I enjoyed working with her. It was overall a fun gig to do, and besides, I still had my radio show to fall back on. I learned a lot on the job. When you do TV, everyone (and I mean EVERYONE), is a critic. "Hey John, I was channel surfing last night and saw you in that awful 'Miami Vice' jacket you had on. Where'd you get that?" Truth was, my co-host and I got our on camera wardrobe from a local clothing store who allowed us to wear the clothes for a mention at the end of the program in the rolling credits. (Promotional consideration). So, we had no choice as to what we were wearing. Another time, I was out in a Publix supermarket when a guy recognized me and came over and complained that his wife had auditioned for the hostess role and didn't get it, and was 'SO much better than my co-host.' (I chalked that up to sour grapes). Our show was called "$29,000 Blackout Bingo"- $29,000 being the big prize. No one ever won the jackpot, even though we were pulling for someone to do so. It would have been great publicity. Now get this. We were on at the same time as Jeopardy and Wheel of Fortune! No one was going to beat those huge shows with a live, local show like ours. But we managed a bit of a cult following with surprise drop in guests from time to time, like pro wrestler Randy Macho Man Savage and other stars of the WWE. A real, campy hoot. Our show was sponsored by Pepsi and 7-11, where folks could go to pick up their bingo cards and play along with us from home. We had live operators to answer phones when viewers called in with a winning card. Having a live, in studio audience was fun to play off of. Halfway through the show, I would grab a microphone and go down for a little friendly chit chat and giggle.  In studio guests enjoyed being on TV. The show didn't last long, and I was actually kind of relieved when the producer told us one Friday evening after a show that they were pulling the plug and cancelling further production.

I enjoyed hosting, for the most part, but the constant critiquing from friends, family, and strangers got old after a while. I was happy to still have my radio show where I spoke to an unseen audience and played music. It was my "cozy safe space" to entertain. And casual dress was always OK. As I found out, when you're on TV, it's like being under a microscope. The way you wear your hair, your "crooked" on camera smile, what you have on, your voice, your on air persona, and on and on.  You have to get good at pretty much ignoring it all. Move on. Trust your instincts.Forget about the negative chatter. As they say, "There's no shortage of critics." They're a dime a dozen. Worry too much about what others say and you'll get a bad case of heartburn! That goes for everything in life. Not just a laughable, local, TV game show. 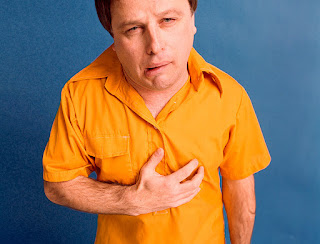 Now that the pandemic restrictions are easing, if you ever visit the San Francisco Bay Area, I highly recommend you take the ferry from Pier 33 and head out to the infamous Alcatraz. It's a very short ride.  I was joined by my sister and brother in law from Ohio when they vacationed here and we went on the walking tour through the prison. The narration and sound effects you hear through the rented headset are really outstanding. The audio tour is optional but you'll be missing a lot if you decline. You'll get an amazing look and listen into the way things used to be for the inmates and guards. It's a bit creepy, but fun. Bring a warm coat! It can be chilly out there, even in the Summer. Travel tip: Get your tickets in advance as the tours book very quickly. Showing up at Pier 33 the day you want to go over to Alcatraz is no guarantee of being able to go that day. You can get ticket information here 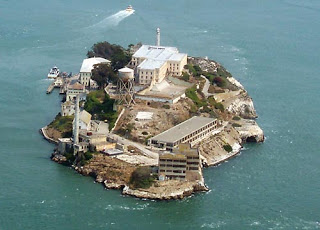