How well do you know cats? Test your furry feline knowledge.

So, a number of years ago, a client of mine gave me a tip that an LA media company was going to be producing some TV spots for the Game Show Network and they were looking for a voice. These were in support of a  new TV show called "Think Like a Cat." My client forwarded me the audition information and I sent in a few takes. A gentleman at the LA company emailed me and said they liked my voice for the project, but they weren't looking for a "cat character voice"- just a warm, smiley, friendly sounding guy. So, with that direction in mind, I re-submitted my audition. As most veteran voice over talents know, getting a second chance to audition is like gold. Days later, I heard from LA that they wanted to use me for the commercials. Of course, I was thrilled. They were going to email me the script, then direct me over phone patch from LA, as I recorded in my home studio. After the session, I just emailed them a download link to all the audio and they took it from there in post production. The copy was so well written, it took us maybe 30-40 minutes to record all four commercials. No substitute for good copy! Like much of my work, all four spots ended up on You Tube in addition to playing on the TV-Game Show Network. It was a super fun voice over job and I was very happy with how the commercials came out. Here's one of them. 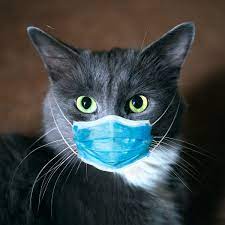 Psssssst. You've got seconds to impress.

Capable agents  know within seconds after starting to play your demo, whether or not you're a voice talent they want to hear more from, and perhaps represent. Yes, seconds. Every cut on your demo must shine, but the first one will either make them want to hear more, or hit the "stop button." That's why voice actors and demo producers give considerable thought to what the first cut is going to be. And like a good radio aircheck that's used to hire deejays, each cut on your demo should showcase something else you do well. Once you've shown that you do a great soft sell commercial read, or hard sell delivery, there's no need to show that style again.

During my on air days, I wandered into my program director's office.  He was looking to hire a new deejay. I saw lots of brown packages spread all over the floor that were mailed in from around the country. Each one contained a radio aircheck-a sort of "best of" clips taken from a deejay's show to allow the hiring program director to hear what the deejay sounds like on the air.  I watched as he put the CD (or cassette) in his player, and then pushed the play button. Most of the time, within seconds, the aircheck was being ejected and another put in.  To some folks that might seem harsh. But that's the reality of the situation.

So remember, when it comes to voice over demos, give much thought as to the order of your clips. And having a second set of ears to listen, wouldn't be a bad idea. The key is to have someone help you who actually knows the process within the voice over world. The mailman probably wouldn't be a good choice. We love our dedicated mail men and mail women. But just sayin'

Posted by John Miles at 7:58 AM No comments:

There's so much to be said these days about the iconic game show Jeopardy. The recent passing of host Alex Trebek was a shock to many, even knowing he was battling a vicious form of cancer. Many a fan's tear was shed as Alex opened up about his prognosis and how he intended to fight on.

And now, replacements are being tried out on the show. (A bit more in a moment).  Clearly, Alex will be a tough act to follow. I always admired his soft spoken speech, great sense of humor, and how he could tease a player about missing an answer, without being mean or insulting. Alex had much to say off camera about the show he loved hosting so much. Even saying, "Of course I know all the correct answers. They're on a sheet right in front of me!"

His longtime "sidekick" announcer, Johnny Gilbert, is 92 years old and still working. In addition to his announcing duties, he warms up the crowd before show tapings begin. A lot of fans don't know that he live announces the show opening you've heard for many years-"This. Is. Jeopardy!" It's not pre-recorded. Oh, and by the way, it's reported that his current pay is 4 million dollars a year. At 92,or any other age for that matter, that's pretty darn impressive. You know those people who long to retire early? Well, Johnny ain't one  of them.

I know a librarian here in the Bay Area who is very bright and has tried out for Jeopardy twice. She told me what a rigorous process it is. Nerve racking comes to mind. No doubt. Lots of folks want to get on the show. I would be a terrible Jeopardy contestant. My recall is fair, but I'm sure I would be too slow clicking in. Not to mention, I'm clueless with many of the categories. Give me a country music question anytime, but don't ask me where Timbuktu is, or the population there!

So, who will follow the great Alex Trebek as the next Jeopardy host? A man or a woman? A big celebrity or former contestant? I talk to a few Jeopardy fans, and they all have their guesses. I remember when Bob Barker retired from "The Price Is Right" after so many years of hosting. Drew Carey was chosen, and that came with considerable pushback by fans who compared him to Bob. I thought then that the worst thing the new host could do was to try to be like Bob Barker. He had his own unique style, look and rhythm with the contestants. From what I've heard, Drew has now been generally accepted and is rolling along doing it his way. I hope the next Jeopardy host takes note. 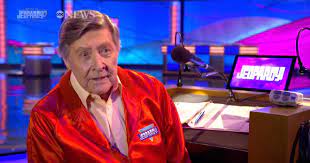 Posted by John Miles at 6:28 AM No comments:

Want to be a jack of all trades voice over artist? You might want to think again

One of the questions that pops up regularly regarding voice over work is should a voice over talent pick a few niches and market that, or should you go for many "slices"  of the voice over pie and sell that?

I'm a firm believer in becoming very proficient in several genres of voice over but staying away from trying to be a jack of all trades. You can make a good living specializing. A lot of times, as your career progresses, you can see trends in what type of VO work you're being hired for. Mine tends to be corporate narration and e Learning. Sure, I'll record radio or TV scripts from time to time, but corporate and learning is in my wheelhouse.

I sometimes say that voice over work is like a big rainbow. You have audio book narrations, radio and TV commercials, documentary, explainer videos, e Learning, business videos, on hold messaging, product promos, animation and on and on. Become very good at several pieces of the "rainbow" and market that to producers and creatives.

Certainly, be open to expanding and trying new things. But continue to play to your strengths and focus on what you enjoy recording, as well as what you do best.

The great, late "In a World..." superstar Don LaFontaine made millions voicing primarily movie trailers. But I highly doubt you'd hear him on an on hold message or Power Point presentation. He knew which side his bread was buttered on.  Not to mention the huge pay difference.

Posted by John Miles at 7:37 AM No comments:

One of my favorite TV shows is "CBS Sunday Morning"that airs here in the Bay Area at 7 AM on our local affiliate. It runs 90 minutes and features all kinds of interesting people, many in a creative field-writers, singers, artists, entertainers, producers, poets and beyond. Even the occasional voice actor.

What I especially like about the show is the lighter fare. Nothing too heavy-most of the time. I find many of the personalities featured to be quite inspirational. Yesterday, they ran a piece on LeVar Burton, who in addition to his many outstanding acting credits like "Roots," also narrates audio books.

In the same show, Bob Ross, the soft spoken, late artist of public TV fame, was profiled. I had seen him many times on his "Joy of Painting" show teaching painting techniques, but had no idea it was taped in a converted house! The feature said he had to rehearse a painting session so he could get everything finished within the allotted TV time for the viewer.  If you are not familiar with Mr. Ross, he had a very calming voice and spoke with a half whisper, as he dabbed the paint on the canvas while giving out instructions. And with that whisper, he drew you in to what he was doing. In a day and age where being loud often comes from our TV's, he was one of a kind.  It reminded me that as a voice actor, that half whisper can come in handy for subtle emphasis on copy.

Part of the magic of "CBS Sunday Morning" is that each show contains many segments. So if you're not particularly into one feature, you know that something else will soon be coming on. The last segment is usually a very brief, non-narrated nature/animal piece.  I highly recommend it.

By the way, the hostess of the show, Jane Pauley, is married to  Pulitzer Prize winning American cartoonist, Garry Trudeau.  He's well known as the creator of the Doonesbury comic strip.

Email ThisBlogThis!Share to TwitterShare to FacebookShare to Pinterest
Labels: This 'n That, Voice over
Newer Posts Older Posts Home
Subscribe to: Posts (Atom)